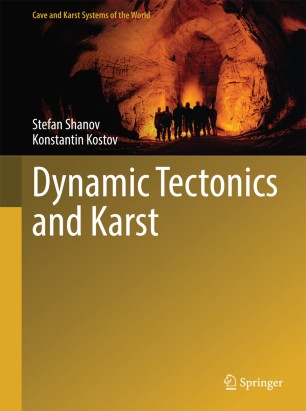 The karstic caves are favorable sites for tectonic events detecting, representing a conservative medium of three-dimensional framework where the tectonic deformations are well preserved. They also provide an environment conducive to dating and determining the geometrical parameters of past seismotectonic events. During the last three decades the study of dynamic tectonics and recent geodynamics in karst terrains has been subject of numerous publications, but it has not been systematically approached in a comprehensive monograph.

This book collects the current state of knowledge on the relationship between karst and dynamic tectonics and presents a new methodology to its study. It puts forward several approaches for studying of recent geodynamics in karst terrains, such as tectonic stress fields reconstructions using structural analysis of the fracturing, geophysical studies of the rock anisotropy and fault-plane solutions from earthquakes, analysis of the spatial orientation and absolute dating of deformed speleothems, instrumental and mechanical measurements, monitoring, and modeling – all supported with case studies from several karst areas worldwide, e.g. in Albania, Bulgaria, Cuba and France.