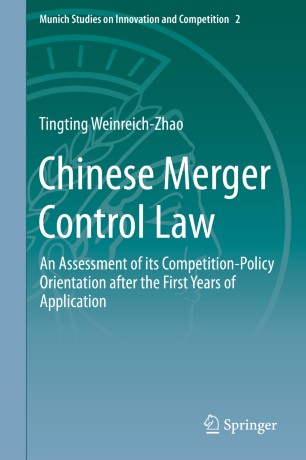 Part of the Munich Studies on Innovation and Competition book series (MSIC, volume 2)

​​On 1 August 2008, the Chinese Anti-Monopoly Law entered into force, introducing a comprehensive framework for competition law to the Chinese market. One set of the new rules pertains to merger control. China’s Ministry of Commerce (MOFCOM) was nominated as the authority responsible for enforcing merger control in China, and has been actively doing so ever since. Recent years have established China as one of the most important merger filing jurisdictions for cross-border mergers alongside the EU and USA. This work evaluates the Chinese merger control law regime and MOFCOM’s decision-making practice after more than five years of application. In particular, it assesses which policy goals (competition policy goals or industrial policy considerations) prevail in the written law and its application, and provides suggestions for a further improvement of the law – with the aim to develop a transparent merger control regime that promotes long-term economic growth in China.​