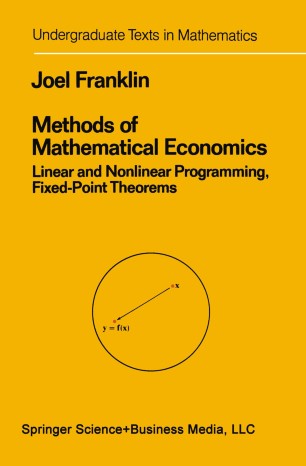 In 1924 the firm of Julius Springer published the first volume of Methods of Mathematical Physics by Richard Courant and David Hilbert. In the preface, Courant says this: Since the seventeenth century, physical intuition has served as a vital source for mathematical problems and methods. Recent trends and fashions have, however, weakened the connection between mathematics and physics; mathematicians, turning away from the roots of mathematics in intuition, have concentrated on refinement and emphasized the postulational side of mathematics, and at times have overlooked the unity of their science with physics and other fields. In many cases, physicists have ceased to appreciate the attitudes of mathematicians. This rift is unquestionably a serious threat to science as a whole; the broad stream of scientific development may split into smaller and smaller rivulets and dry out. It seems therefore important to direct our efforts toward reuniting divergent trends by clarifying the common features and interconnections of many distinct and diverse scientific facts. Only thus can the student attain some mastery of the material and the basis be prepared for further organic development of research. The present work is designed to serve this purpose for the field of mathe­ matical physics . . . . Completeness is not attempted, but it is hoped that access to a rich and important field will be facilitated by the book. When I was a student, the book of Courant and Hilbert was my bible.