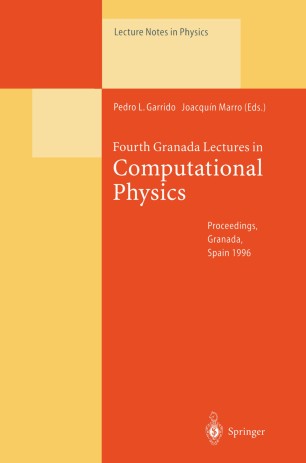 The methods developed to deal with the computational aspects of physi­ cal problems are useful in an increasing number of situations, from chem­ istry, biology and geology to engineering, communications and economics. In fact, computational physics has evolved into a trans-disciplinary field now concerned with the creative use of computers in scientific research. More­ over, computational methods often help students to develop a deeper under­ standing of key concepts, and enhance their problem-solving abilities. There­ fore, computational physics is recognized as having an important educational value, and educators face the task of outlining appropriate curricula to take advantage of these unique features. This is an important motivation for the publication of the contents of the Seminar on Computational Physics which is held in Granada every two years. The seminar aims at bringing together small groups of students and active researchers on different aspects of computational physics. It is part of the doctoral programme of the University of Granada. The proceedings of the previous editions were published as II Granada Lectures in Computational Physics (World Scientific, Singapore 1993) and Third Granada Lectures in Computational Physics (Lecture Notes in Physics, vol. 448, Springer, Berlin 1995) by the same editors. The present book contains the invited lecture notes and a very brief account of contributions by participants at the 4th Granada Seminar on Computational Physics (Granada, Spain, 9-14 September 1996).