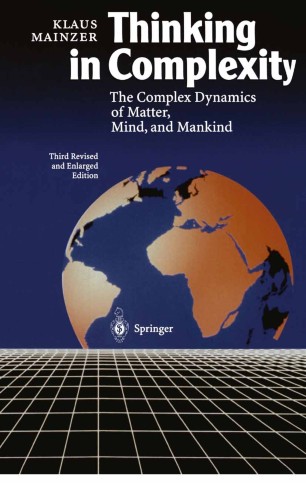 The Complex Dynamics of Matter, Mind, and Mankind

Since the second edition sold out again in less than one year, we now present the revised edition of Mainzer's popular book. The theory of nonlinear complex systems has become a successful problem-solving approach in the natural sciences from laser physics, quantum chaos, and meteorology to computer simulations of cell growth in biology. It is now recognized that many of our social, economic, ecological, and political problems are also of a global, complex, and nonlinear nature. And one of the most exciting contemporary topics is the idea that even the human mind is governed largely by the nonlinear dynamics of complex systems. Professor Mainzer, president of the German Society of Complex Systems and Nonlinear Dynamics, discusses, in a nontechnical language, the common framework behind these endeavors. The extended edition also analyzes the new applications of complex systems to materials science, nanotechnology, and artificial life.