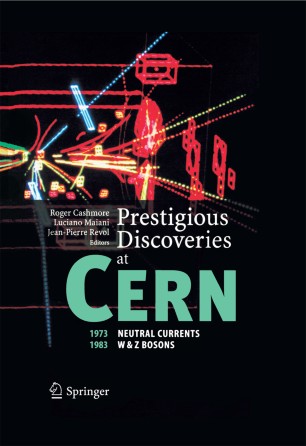 The discoveries of neutral currents and of the W and Z bosons marked a watershed in the history of CERN. They established the validity of the electroweak theory and convinced physicists of the importance of renormalizable non-Abelian gauge theories of fundamental interactions. The articles collected in this book have been written by distinguished physicists who contributed in a crucial way to these developments. The book provides a historical account of those discoveries and of the construction and testing of the Standard Model. It also contains a discussion of the future of particle physics and gives an updated status of the LHC and its detectors currently being built at CERN. The book addresses those readers interested in particle physics including the educated public.