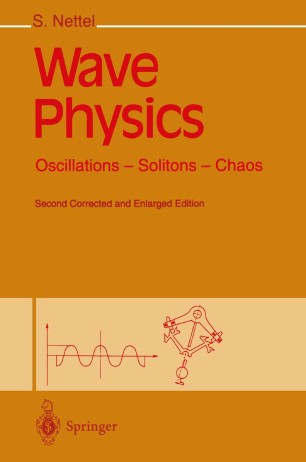 A number of examples and problems to elucidate basic concepts have been added, and typographie errors corrected. The first edition has now been used a number of times at Rensselaer in second year courses using the interactive method of teaching. This method includes regu­ lar problem-solving sessions where students work together in groups with aid from special work sheets. There is input from more senior students, graduate and under­ graduate, acting as tutors. It was discovered that with this method Wave Physics can be used by a wider selection of individuals to advantage than the honors stu­ dents for whom the text was originally intended. The main factor in a student's success appeared to be the quality of his or her mathematical preparation. It is a pleasure to thank the many students who participated as tutors. Special thanks go to Howard Goldowsky, Byong Kim, and Richelle Thompson who carried much of the responsibility over the various classes. Our teaching experience has influenced the present revision. Troy, August 1994 Stephen Nettel Preface to the First Edition This is a text for the third semester of undergraduate physics for students in accel­ erated programs who typically are preparing for advanced degrees in science or engineering. The third semester is often the only opportunity for physics depart­ ments to present to students who are not physics majors a coherent background in the physics of waves required later for confident handling of applied problems, especially applications based on quantum mechanics.