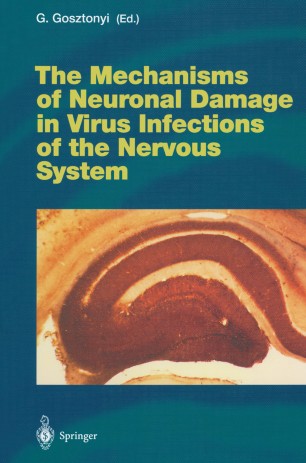 It has been recognized that viruses can induce neuronal damage by a variety of mechanisms. This volume summarizes, for the first time, the various ways that neurons can degenerate under the influence of viral infection, ranging from acute necrosis and virus-induced apoptosis to chronic damage in persistent infections. The mechanisms of neuronal latency are dealt with as well. The volume also includes chapters that review the chronic damage caused by viral proteins that interfere with differentiated functions of the neuron, including signaling by neurotransmitters and signal transduction by trophic factors. Other chapters deal with the controversial role of cellular immune reactions, which may be helpful in controlling infection, but may also be detrimental to the host nervous system. The specific mechanisms of damage involved in retroviral infections and in prion diseases of the nervous system are reviewed, and finally how autoimmune diseases can lead to neuronal damage.