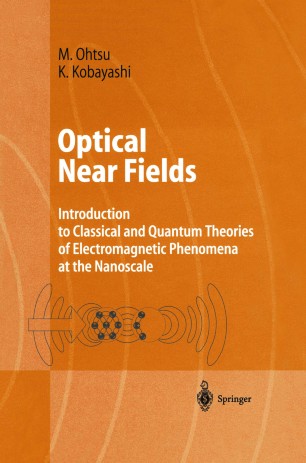 Part of the Advanced Texts in Physics book series (ADTP)

Using the thin film of light, the optical near field, that is localized on the surface of a nanometric material has removed the diffraction limit as a barrier to imaging on the nano- and atomic scales. But a paradigm shift in the concepts of optics and optical technology is required to understand the instrinsic nature of the near fields and how best to exploit them. Professors Ohstu and Kobayashi crafted Optical Near Fields on the basis of their hypothesis that the full potential for utilizing optical near fields can be realized only with novel nanometric processing, functions, and manipulation, i.e., by controlling the intrinsic interaction between nanometer-sized optical near fields and material systems, and further, atoms. The book presents physically intuitive concepts and theories for students, engineers, and scientists engaged in research in nanophotonics and atom photonics.