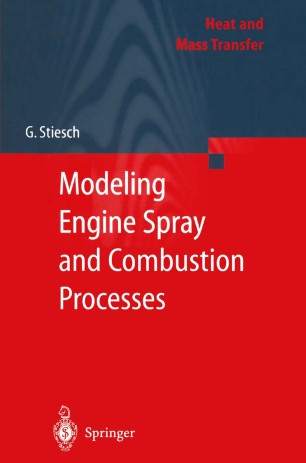 Part of the Heat and Mass Transfer book series (HMT)

The book covers the various approaches to modeling the in-cylinder processes such as mixture formation, combustion and formation of exhaust emissions in diesel and gasoline engines. Due to their complexity emphasis is put on multi-dimensional spray, combustion and emission formation models. However, phenomenological as well as zero-dimensional thermodynamic models, which are still widely used in engine development because of their computational efficiency, are addressed as well. Example calculations of each model type are compared with corresponding experimental data – represented in diagrams as well as in images resulting from modern optical measuring techniques – in order to discuss the capabilities of today's simulation models as well as the shortcomings that still exist either because of oversimplifying assumptions or because of insufficient knowledge of the real processes. The reader will be provided with an overview of the most important simulation models describing the in-cylinder processes of internal combustion engines. In addition, suggestions are made about which modeling approach is appropriate for a specific type of problem.