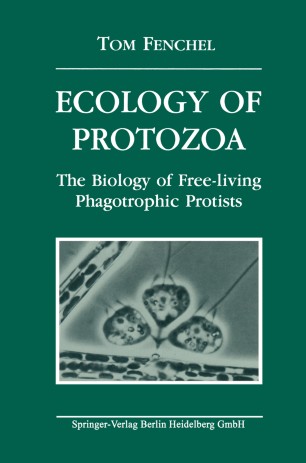 The Biology of Free-living Phagotrophic Protists

This book is written for ecologists and protozoologists. Ecologists who study environments and biotic communities in which protozoa are im­ portant should find this book especially useful. During the last decade it has become clear that protozoa play important roles in natural eco­ systems, but few ecologists have a feeling for the functional properties and the diversity of these organisms. Protozoa pose or exemplify many general problems of population and community ecology, and of evo­ lutionary biology. In most respects the general ecological properties of protozoa are not fundamentally different from those of larger organisms; yet, due to their small size, short generation times, and ubiquitous oc­ currence they often present ecological phenomena in a new and dif­ ferent light. To this should be added that protozoa are well-suited for experimental work. Despite these advantages, the study of protozoa has played a relatively modest role in the development of ecology and ev­ olutionary biology, primarily, I believe, because most ecologists are unfamiliar with these organisms. I hope this book will attract more attention to these favorable characteristics of protozoa. I also hope that this book may make protozoologists aware of new aspects of their pet organisms. For a long time (that is, until the fun­ damental distinction between prokaryotic and eukaryotic cells was rec­ ognized) protozoa were believed to represent the simplest form of life. They were therefore extensively used for the experimental study of basic questions of cell biology.