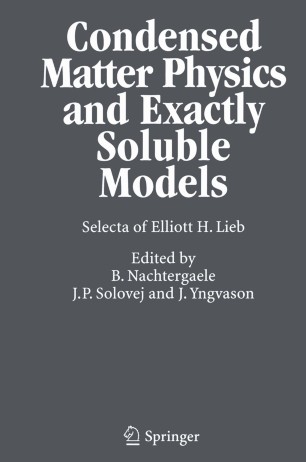 The first part of this book contains E. Lieb's fundamental contributions to the mathematical theory of Condensed Matter Physics. Often considered the founding father of the field, E. Lieb demonstrates his ability to select the most important issues and to formulate them as well-defined mathematical problems and, finally, to solve them. The second part presents Lieb's work on integrable models. His groundbreaking articles helped to establish Exactly Soluble Models as a flourishing research field in its own right. The papers collected in this volume have also been carefully annotated by the editors.