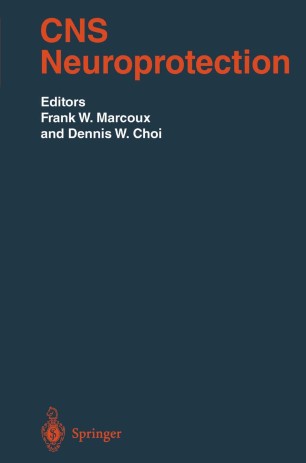 "CNS neuroprotection" was a common subject of papers, symposia, and reviews during the previous "decade of the brain. " Indeed, in recent years, experimental study of putative neuroprotective agents prompted clinical trials of numerous drug candidates in acute and chronic human neurodegenerative conditions. While the outcomes of these trials have not been as successful as initially hoped, these were early explorations, and the pipeline of relevant ideas continues to grow in strength and depth. We predict that early in this new millennium, crippling disorders such as stroke and Alzheimer's disease will be treated effectively by therapeutic neuroprotective strategies. This volume of the Handbook of Experimental Pharmacology titled eNS Neuroprotection provides a pharmacological perspective on currently promis­ ing neuroprotective approaches, and a clinical perspective on the challenges involved in establishing the efficacy of these approaches through appropriate clinical trials. Section I, "Mechanistic Approaches to CNS Neuroprotection," reviews major injury mechanisms that have formed the basis for many past and present clinical trials conducted around the world. Dr. KIM and colleagues, Washington University School of Medicine, review the status of blocking excitotoxicity as an approach to CNS neuroprotection. Dr. WANG, Pfizer Global Research and Development,Ann Arbor Laboratories, outlines evidence supporting a contri­ bution of apoptosis to pathological neuronal or glial cell loss. Drs. BECKER and HALLENBECK, University of Washington and the National Institute on Neuro­ logical Diseases and Stroke, respectively, argue that inhibiting inflammatory pathways in the brain can be neuroprotective. Dr.