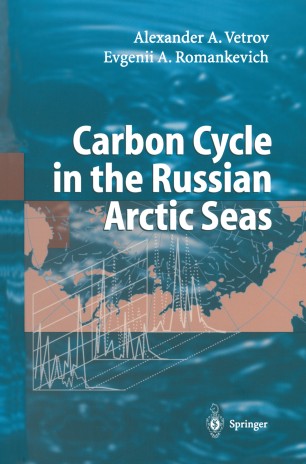 At present, studies of the Arctic Basin are of particular importance to the world scientific community due to the strong influence of this region on the global climate, its enormous mineral and hydrocarbon resources, the poor knowledge about the polar biosphere, and the growing anthropogenic pollution of the Arctic (Gramberg et al. 2000; KIuev 2000). Therefore, the forthcoming century is sometimes justly named "the century of the Arctic. " Global climatic changes attract the close attention of scientists from all over the world. The prevalent concept that climate warming is a minor positive anomaly in the planetary temperature is documented by the analyses of hundreds of thousands of deep-sea samples. Forecasts predict a tendency to even stronger warming over the next decades (Watson et al. 1998). The climate warming is accompanied by a reduction in the area and thickness of the ice cover, a negative balance of the Arctic glaciers, a northward migration of the arboreal front, an increase in the permafrost temperature in the Russian Arctic, and a tendency to the growth of biological productivity (Serreze et al. 2000; Morison et al. 2001). Carbon cycling strongly affects the earth's climate;, its study in the Arctic Seas of Russia is an essential link in the solution of the global climate change problem.