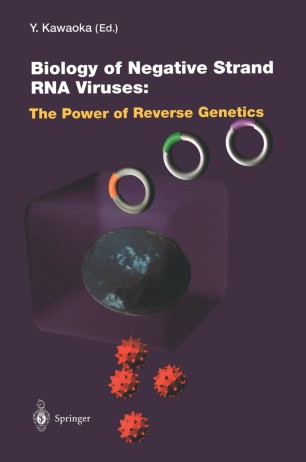 Negative-strand RNA viruses, so named because of the polarity of their genomic RNA to mRNA, include important human and non-human pathogens. Reverse genetics, a technique that allows generation of recombinant viruses, was first developed for negative-strand RNA viruses in 1989. Since then, it has accelerated the pace of research on these viruses, leading to a wealth of new knowledge that otherwise would have been difficult to obtain. Notable achievements that can be attributed to reverse genetics include the production of inactivated and live vaccine candidates and of vaccine and gene transfer vectors.

This volume covers major advances in reverse genetics techniques over the past decade, state-of-the-art basic science and the clinical implications of experimental findings. This should rekindle interest in negative-strand RNA viruses among readers, including those in other disciplines, leading to further progress in understanding these important viruses and in developing effective measures of control.