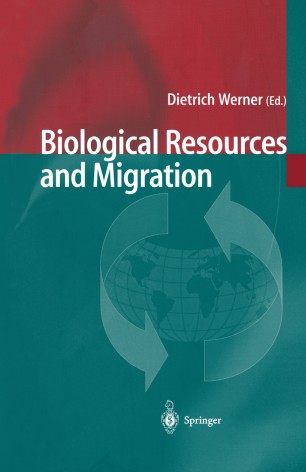 Migration is a global and ubiquitous phenomenon. A large percentage of our cultivated land in industrialized as well as in developing countries are covered with migrated or introduced plants. But also in natural habitats and communities, migration of animals, plants and microorganisms plays a key role in the functioning or threat to the present ecosystems.

The special feature of this book is that all forms of migration - be it plant, microbial, animal or human - and their mutual impact are covered in detail. It is estimated that during the next twenty years more than one billion people will migrate from rural areas to urban districts worldwide, forced by deteriorating biological resources and with enormous consequences on the functioning of both ecosystems and such central economic areas such as trade, transport and tourism.

The contributions in this book are the result of an innovative International Conference and OECD Workshop aimed at triggering off the interdisciplinary dialogue between natural scientists and socioeconomists.

"This volume is the product of a recent … conference and workshop at Phillips University in Marburg, Germany, which brought together more than 100 scientists from 24 nations to discuss the movement of organisms and resources across landscapes and seascapes. Biological Resources and Migration emphasizes the involvement of humans in ecological systems. This characteristic of the book may appeal especially to European landscape ecologists … . landscape ecologists are likely to find something in Biological Resources and Migration pertinent to their research … ." (Kevin M. Potter, Landscape Ecology, Vol. 21, 2006)