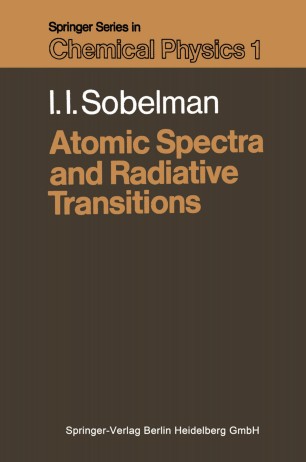 My previous book on the theory of atomic spectra was published in Russian about fifteen years ago. Besides the traditional problems usually included in a book on atomic spectroscopy, some other problems arising in various applications of spectroscopic methods were also discussed in the book. These include, for example, continuous spectrum radiation, excitation of atoms, and spectral line broadening. Extensive revisions were made in the English version of the book published by the Pergamon Press in 1972, especially in the chapter devoted to the problem of excitation of atoms. This book is intended as the first part of a two-volume presentation of the theory of atomic spectra, atomic radiative transitions, excitation of atoms, and spectral line broadening. The aim in preparing these new books has been to stress the problems connected with the most interesting applications of atomic spectroscopy to plasma diagnostics, astrophysics, laser physics, and other fields, which have been developed very intensively in recent years. The content of this first volume, devoted to the systematics of atomic spectra and radiative transitions, is similar to that of Chapters 1-6, 8 and 9 of the old book, but considerable revision has been made. Some sections, such as those on the Hartree-Fock method, the Dirac equation, and relativistic corrections, have been deleted. At the same time, more attention is paid to radiative transitions. More extensive tables of oscillator strengths, prob­ abilities, and effective cross sections of radiative transitions in discrete and continuous spectra are given.