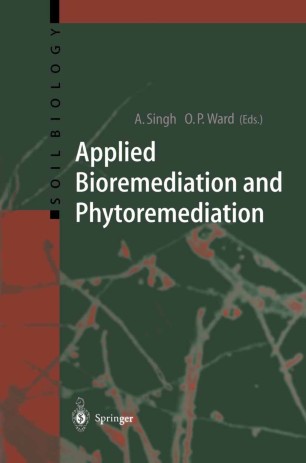 The production of a vast array of chemicals, especially petroleum compounds during the last century, has caused a serious deterioration in environmental quality. In this context, one major threat is posed by the continually expanding areas of contaminated soils and sediments.

Biotechnological methods based on the biodegradation of environmental pollutants or phytoremediation of persistent organic contaminants and metals are being developed. Bioremediation has now been used successfully to remediate many petroleum-contaminated sites. However, there are as yet no commercial technologies commonly used to remediate the most recalcitrant contaminants, such as explosives, pesticides and metallic pollutants. Nevertheless, bioremediation is a rapidly advancing field and new bio-based remedial technologies are continuing to emerge. For this volume, a number of experts from universities, government laboratories and industry, have contributed chapters on innovative methods in bioremediation and phytoremediation.