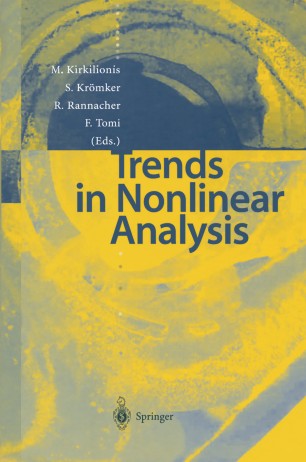 Applied mathematics is a central connecting link between scientific observations and their theoretical interpretation. Nonlinear analysis has surely contributed major developments which nowadays shape the face of applied mathematics. At the beginning of the millennium, all sciences are expanding at increased speed. Technological, ecological, economical and medical problem solving is a central issue of every modern society. Mathematical models help to expose fundamental structures hidden in these problems and serve as unifying tools to deepen our understanding. What are the new challenges applied mathematics has to face with the increased diversity of scientific problems? In which direction should the classical tools of nonlinear analysis be developed further? How do new available technologies influence the development of the field? How can problems be solved which have been beyond reach in former times? It is the aim of this book to explore new developments in the field by way of discussion of selected topics from nonlinear analysis.