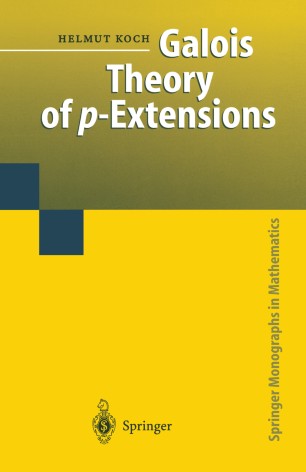 First published in German in 1970 and translated into Russian in 1973, this classic now becomes available in English. After introducing the theory of pro-p groups and their cohomology, it discusses presentations of the Galois groups G S of maximal p-extensions of number fields that are unramified outside a given set S of primes. It computes generators and relations as well as the cohomological dimension of some G S, and gives applications to infinite class field towers.The book demonstrates that the cohomology of groups is very useful for studying Galois theory of number fields; at the same time, it offers a down to earth introduction to the cohomological method. In a "Postscript" Helmut Koch and Franz Lemmermeyer give a survey on the development of the field in the last 30 years. Also, a list of additional, recent references has been included.