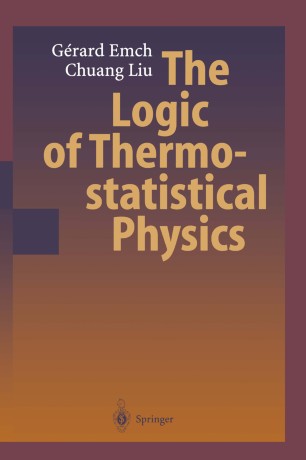 The Logic of Thermostatistical Physics

This book deals with models and model-building in classical and quantum physics; it relies on logic and the philosophy of science as well as on modern mathematics. The reader will also find vistas into the history of ideas. The philosophical analysis is based on the separation of syntax and semantics which is at the root of Kolmogorov's theory of probability; recursive functions and algorithmic complexity are used to discuss entropy and randomness. Basic concepts are discussed together with concrete physical models for phase transitions, scaling, renormalization semigroups, and the irreversible approach to equilibrium. The book is intended for mathematicians, physicists and philosophers of science, both researchers and graduate students.