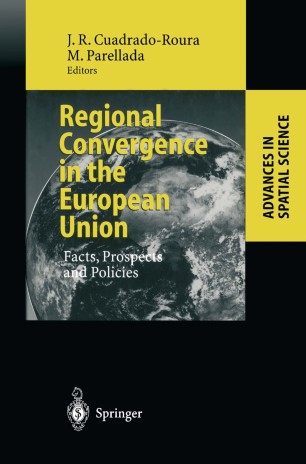 Regional Convergence in the European Union

The introduction of the single currency in the European economic space constitutes without doubt the most visible step towards monetary and economic integration in the EU. Those who boosted the birth of the Common Market in 1957 dreamt that this would one day come about as a logical consequence of the integration process. However, things have gone much more slowly than possibly imagined, although if taken in an adequate historic perspective, it is undeniable that the agreements that have led to European Monetary Union signify a really formidable jump in the process of political and economic integration in Europe. This is something many doubted would ever happen, but which is already a reality, although still in need of a period of consolidation. The most general economic consequences of the EMU have already been analysed in considerable depth. Proof of this is the literature already available. In general, there is coincidence in affirming that the balance of the results expected is clearly positive. Firstly, as a result of the anticipated gains in efficiency, a consequence of reduction of transaction costs associated to the previous existence of different currencies and of the elimination of exchange rate uncertainties.