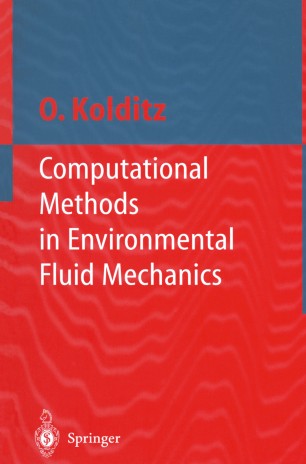 Fluids play an important role in environmental systems appearing as surface water in rivers, lakes, and coastal regions or in the subsurface as well as in the atmosphere. Mechanics of environmental fluids is concerned with fluid motion, associated mass and heat transport as well as deformation processes in subsurface systems. In this textbook the fundamental modelling approaches based on continuum mechanics for fluids in the environment are described, including porous media and turbulence. Numerical methods for solving the process governing equations as well as its object-oriented computer implementation are discussed and illustrated with examples. Finally the application of computer models in civil and environmental engineering is demonstrated.