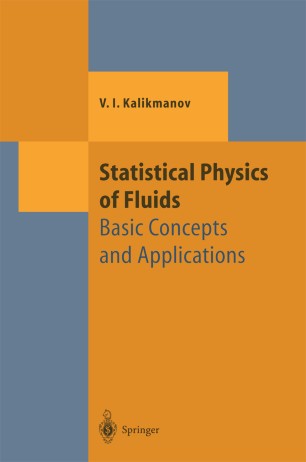 The book focuses on the main physical ideas and mathematical methods of the microscopic theory of fluids, starting with the basic principles of statistical mechanics. The detailed derivation of results is accompanied by explanation of their physical meaning. The same approach refers to several specialized topics of the liquid state, most of which are recent developments, such as: a perturbation approach to the surface tension, an algebraic perturbation theory of polar nonpolarizable fluids and ferrocolloids, a semi-phenomenological theory of the Tolman length and some others. The book addresses researchers as well as graduate students in physics and chemistry with research interests in the statistical physics of fluids.