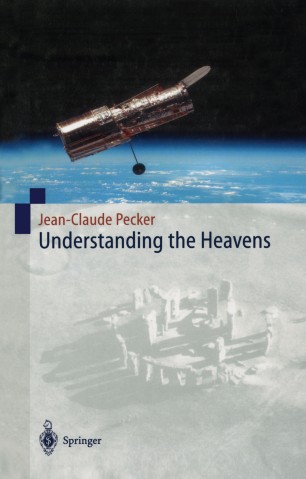 Astronomy is the oldest and most fundamental of the natural sciences. From the early beginnings of civilization astronomers have attempted to explain not only what the Universe is and how it works, but also how it started, how it evolved to the present day, and how it will develop in the future. The author, a well-known astronomer himself, describes the evolution of astronomical ideas, briefly discussing most of the instrumental developments. Using numerous figures to elucidate the mechanisms involved, the book starts with the astronomical ideas of the Egyptian and Mesopotamian philosophers, moves on to the Greek period, and then to the golden age of astronomy, i.e. to Copernicus, Galileo, Kepler, and Newton, and ends with modern theories of cosmology. Written with undergraduate students in mind, this book gives a fascinating survey of astronomical thinking.

"The wide scope of this book is indicated by the cover photographs, showing Stonehenge and the Hubble Space Telescope. It deals with the astronomical ideas of the Egyptian and Mesopotamian observers, the Greek philosophers and the revolutionary concepts of such figures as Copernicus, Galileo and Newton. … buy Understanding the Heavens, for there is much worthwhile material, presented in a logical and constructive way, in it." (Jeffrey Barham, Popular Astronomy, October – December, 2002)

"This … volume, written by a well-known French astronomer, covers almost three millennia of the evolution of the understanding by curious minds of what, until recently, was called the ‘World’ but that we now call the ‘Universe’. … this is not a book about the history of those ideas but about the concepts lying behind the model universes … . much can be learned from this work … ." (F. Binon, Physicalia, Vol. 38 (2), 2002)

"The task Jean-Claude Pecker has set himself in this book is to recount the development of humankind’s ideas about the cosmos from essentially the earliest recorded history up to the present day. The strongest part of the book deals with the fascinating struggle to make sense of the rather complicated observed motions of the celestial objects, especially planets … . The copious illustrations are useful … . this book … contains much interesting and useful material." (J. G. Robertson, The Physicist, Vol. 38 (5), 2001)

"This would be a useful book for someone who is actively involved in cosmological research today, but has only a vague idea of the history of the subject … . It is based on a series of lectures given by the author in 1989, which go back to pre-Greek ideas about astronomy and up to inflation … . the ideas are explained clearly … . Understanding the Heavens is to be welcomed as a worthy and worthwhile addition to the library shelves … ." (John Gribbin, The Observatory, Vol. 121 (1165), 2001)