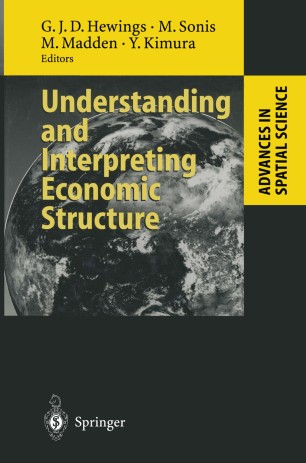 In 1976, volume 116 of the Lecture Notes in Economics and Mathematical Systems appeared in the library of the University of Illinois. The title of the book, Input-Output Analysis and the Structure of Income Distribution was sufficiently intriguing to one of the present editors (Hewings) to command attention. Some years later, during the First World Congress of the Regional Science Association in Cambridge Massachusetts in 1980, Madden and Batey presented some of their work using their now familiar demographic-economic modeling system. Discussion ensued about the relationship between this system, Miyazawa's formulation and the social accounting matrices most closely associated with the work of Stone. During a year's residence at the University of Illinois, Batey was able to produce a valuable typology of multipliers that began the process of integrating these several modeling systems into a coherent package. Thereafter, a number of regional scientists have exploited the ideas and insights proposed by Miyazawa, especially the notion of the interrelational income multiplier and the ideas of internal and external multipliers.