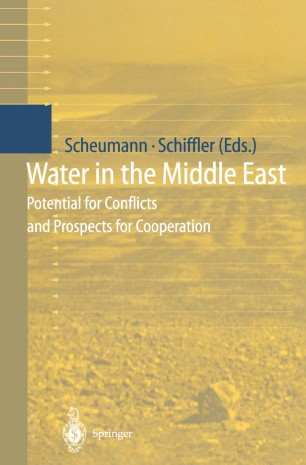 Water in the Middle East

Potential for Conflicts and Prospects for Cooperation

In the 1980s, scientists, politicians and journalists frequently emphasized, particularly on the Jordan, Euphrates and Nile Rivers, that conflicts over shared water resources would lead to "water wars". A closer analysis shows that non-water issues have played the major role when conflicts in the region became heated, with the water issue being politically implemented. However, the unregulated and unequitable access to international rivers and the unilateral development of irrigated agriculture add to already high political tensions. The authors reveal that multilateral agreements over shared waters are a realistic option even in politically strained situations, if the expected costs of non-agreement are perceived as too high. If cooperation is beneficial to all Middle East nation states, it is easier to shift from overemphasis on national sovereignty to the concept of restricted national sovereignty and integrity which corresponds to international law.