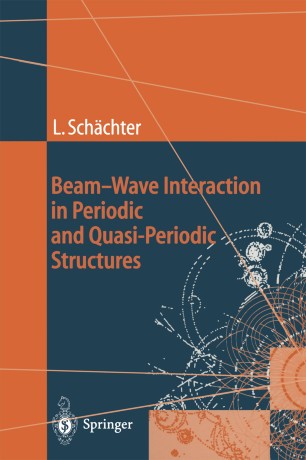 The main theme of this book is the interaction of electrons with electromagnetic waves in the presence of periodic and quasi-periodic structures in vacuum. The first chapter describes the principal interaction mechanisms of a single particle with radiation. In the two chapters that follow, elementary electromagnetic and particle dynamics phenomena, relevant to the theme of the book, are discussed. With the background established, the distributed beam-wave interaction is investigated in detail in the fourth chapter. Beyond the basics of Pierce's theory extended to the relativistic regime, the analysis includes the interaction of tapered structure, phase-space distribution, reflections, lethargy and saturation effects. High-efficiency traveling wave output structures are considered in Chap. 6 where the analysis is extended to quasi-periodic structures. In the last two chapters the fundamentals of free electron lasers and linear accelerators are presented. Each one of these two chapters consists of one part presenting the basic operation principles followed by an introduction to various alternative schemes.