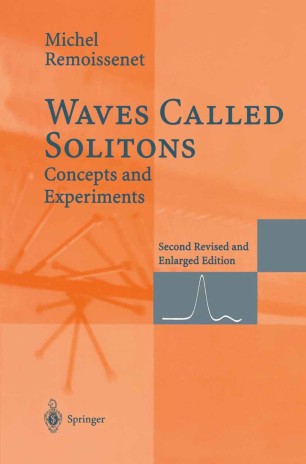 This book is an elementary introduction to the fascinating world of waves called solitons. These large-amplitude waves, which can propagate over long distances without dispersing and which display particle-like properties, are one of the most striking manifestations of nonlinearity.
The main concepts are introduced at an elementary level accessible to the undergraduate. In a self-contained and interdisciplinary whole, such topics as electrical, hydrodynamic, chemical, and optical solitons, are discussed. Many of the author's choices of emphasis have been made with experiments in mind; several experiments can readily be performed by the reader.
This book is not meant for specialists but for students, physicists, engineers, and practitioners. The chapters are independently written in order that the reader should quickly find the required information.
The second edition of this highly praised book has new material, especially on nonlinear transmission lines, on various forms of modulational instabilities, and on quantum optical solitons.