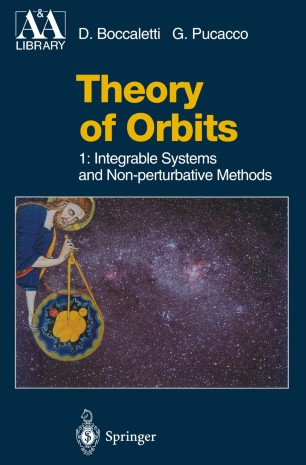 This textbook treats celestial mechanics as well as stellar dynamics from the common point of view of orbit theory making use of concepts and techniques from modern geometric mechanics. It starts with elementary Newtonian mechanics and ends with the dynamics of chaotic motions. The book is meant for students in astronomy and physics alike. Prerequisite is a physicist's knowledge of calculus and differential geometry. The first volume begins with classical mechanics and with a thorough treatment of the 2-body problem, including regularization, followed by an introduction to the N-body problem with particular attention given to the virial theorem. Then the authors discuss all important non-perturbative aspects of the 3-body problem. They end with a final chapter on integrability of Hamilton-Jacobi systems and the search for constants of motion.

From the reviews
"The book is ... didactically written and contains topics from classical to most modern ones, treated rigorously by indicating where complete proofs are to be found."
Zentralblatt für Mathematik, 1999
Buy options