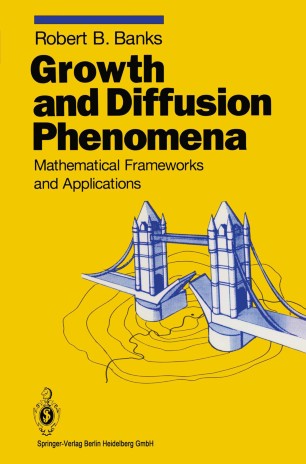 Diffusion and growth phenomena abound in the real world surrounding us. Someexamples: growth of the world's population, growth rates of humans, public interest in news events, growth and decline of central city populations, pollution of rivers, adoption of agricultural innovations, and spreading of epidemics and migration of insects. These and numerous other phenomena are illustrations of typical growth and diffusion problems confronted in many branches of the physical, biological and social sciences as well as in various areas of agriculture, business, education, engineering medicine and public health. The book presents a large number of mathematical models to provide frameworks forthe analysis and display of many of these. The models developed and utilizedcommence with relatively simple exponential, logistic and normal distribution functions. Considerable attention is given to time dependent growth coefficients and carrying capacities. The topics of discrete and distributed time delays, spatial-temporal diffusion and diffusion with reaction are examined. Throughout the book there are a great many numerical examples. In addition and most importantly, there are more than 50 in-depth "illustrations" of the application of a particular framework ormodel based on real world problems. These examples provide the reader with an appreciation of the intrinsic nature of the phenomena involved. They address mainly readers from the physical, biological, and social sciences, as the only mathematical background assumed is elementary calculus. Methods are developed as required, and the reader can thus acquire useful tools for planning, analyzing, designing,and evaluating studies of growth transfer and diffusion phenomena. The book draws on the author's own hands-on experience in problems of environmental diffusion and dispersion, as well as in technology transfer and innovation diffusion.