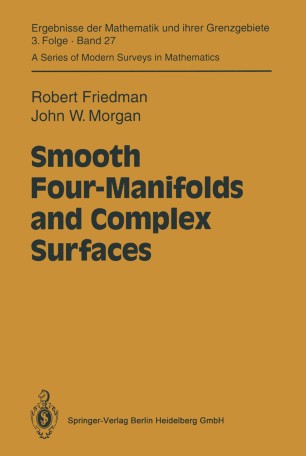 In 1961 Smale established the generalized Poincare Conjecture in dimensions greater than or equal to 5 [129] and proceeded to prove the h-cobordism theorem [130]. This result inaugurated a major effort to classify all possible smooth and topological structures on manifolds of dimension at least 5. By the mid 1970's the main outlines of this theory were complete, and explicit answers (especially concerning simply connected manifolds) as well as general qualitative results had been obtained. As an example of such a qualitative result, a closed, simply connected manifold of dimension 2: 5 is determined up to finitely many diffeomorphism possibilities by its homotopy type and its Pontrjagin classes. There are similar results for self-diffeomorphisms, which, at least in the simply connected case, say that the group of self-diffeomorphisms of a closed manifold M of dimension at least 5 is commensurate with an arithmetic subgroup of the linear algebraic group of all automorphisms of its so-called rational minimal model which preserve the Pontrjagin classes [131]. Once the high dimensional theory was in good shape, attention shifted to the remaining, and seemingly exceptional, dimensions 3 and 4. The theory behind the results for manifolds of dimension at least 5 does not carryover to manifolds of these low dimensions, essentially because there is no longer enough room to maneuver. Thus new ideas are necessary to study manifolds of these "low" dimensions.