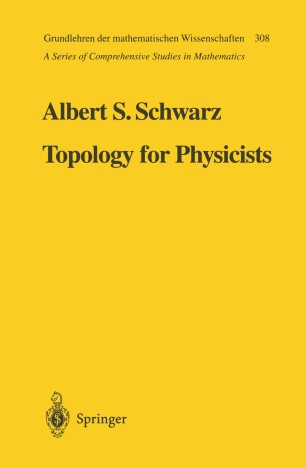 "This volume, written by someone who has made many significant contributions to mathematical physics, not least to the present dialogue between mathematicians and physicists, aims to present some of the basic material in algebraic topology at the level of a fairly sophisticated theoretical physics graduate student. The most important topics, covering spaces, homotopy and homology theory, degree theory fibrations and a little about Lie groups are treated at a brisk pace and informal level. Personally I found the style congenial.(...) extremely useful as background or supplementary material for a graduate course on geometry and physics and would also be useful to those contemplating giving such a course. (...)" Contemporary Physics, A. Schwarz GL 308