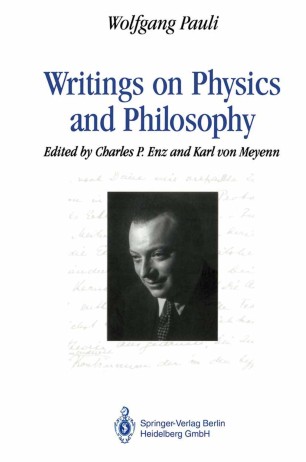 Like Bohr, Einstein and Heisenberg, Wolfgang Pauli was not only a Nobel laureate and one of the creators of modern physics, but also an eminent philosopher of modern science. This is the first book in English to include all his famous articles on physics and epistemology. They were actually translated during Pauli's lifetime by R. Schlapp and are now edited and annotated by Pauli's former assistant Ch. Enz. Pauli writes about the philosophical significance of complementarity, about space,time and causality, symmetry and the exclusion principle, but also about therole of the unconscious in modern science. His famous article on Kepler is included as well as many historical essays on Bohr, Ehrenfest,and Einstein as well as on the influence of the unconscious on scientific theories. The book addresses not only physicists, philosophers and historians of science, but also the general public.