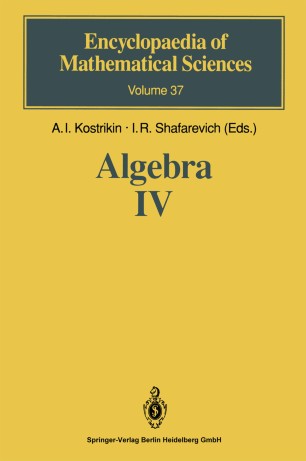 Group theory is one of the most fundamental branches of mathematics. This volume of the Encyclopaedia is devoted to two important subjects within group theory. The first part of the book is concerned with infinite groups. The authors deal with combinatorial group theory, free constructions through group actions on trees, algorithmic problems, periodic groups and the Burnside problem, and the structure theory for Abelian, soluble and nilpotent groups. They have included the very latest developments; however, the material is accessible to readers familiar with the basic concepts of algebra. The second part treats the theory of linear groups. It is a genuinely encyclopaedic survey written for non-specialists. The topics covered includethe classical groups, algebraic groups, topological methods, conjugacy theorems, and finite linear groups. This book will be very useful to allmathematicians, physicists and other scientists including graduate students who use group theory in their work.