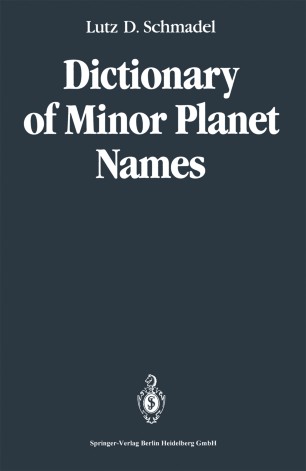 According to a long-standing astronomical tradition, the naming of minor planets in the solar system is the privilege of the discoverers. Contrary to most other kinds of celestial objects which receive complex alpha-numerical designations, the names of minor planets often say more about the discoverers than about the object in question. There is a rich and colourful variety of ingenious names, from those of heavenly goddesses in the nineteenth century, to the more prosaic and sometimes very specific names of observatories, towns and mountains, computers and persons, given by present-day discoverers. Commission 20 of the International Astronomical Union, under whose auspices the naming of minor planets falls, has long been concerned with the need to establish a complete catalogue of these names, as well as of the interpretation of their meanings. For this purpose, a Study Group on the Origin of Minor Planet Names was set up at the time of the IAU General Assembly in Baltimore in August 1988. The Working Group immediately started to collect information about these matters from all available sources, including some earlier, incomplete compilations made in the U.S. and in Europe, and also by personal interaction with living discoverers of minor planets.