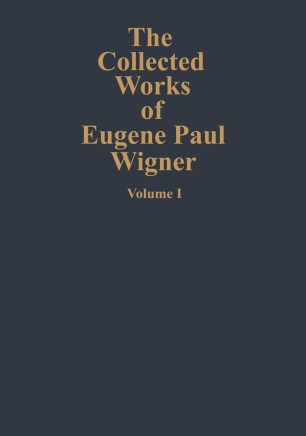 Part A: The Scientific Papers

Part of the The Collected Works of Eugene Paul Wigner book series (WIGNER, volume A / 1)

Eugene Wigner is one of the few giants of 20th-century physics. His early work helped to shape quantum mechanics, he laid the foundations of nuclear physics and nuclear engineering, and he contributed significantly to solid-state physics. His philosophical and political writings are widely known. All his works will be reprinted in Eugene Paul Wigner's Collected Workstogether with descriptive annotations by outstanding scientists. The present volume begins with a short biographical sketch followed by Wigner's papers on group theory, an extremely powerful tool he created for theoretical quantum physics. They are presented in two parts. The first, annotated by B. Judd, covers applications to atomic and molecular spectra, term structure, time reversal and spin. In the second, G. Mackey introduces to the reader the mathematical papers, many of which are outstanding contributions to the theory of unitary representations of groups, including the famous paper on the Lorentz group.