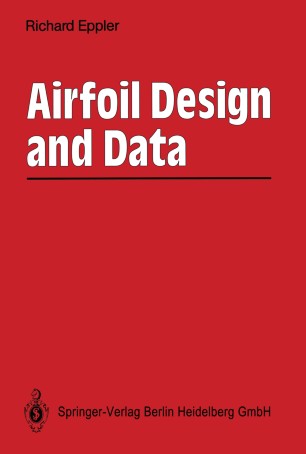 This book represents the latest state of my work on airfoils which began more than 30 years ago. The major subject of this work was the continous development of a computer program which allows to solve the potential flow problem for given airfoils and to design airfoils from the properties of their velocity distributions. After the solution of these potential flow analysis and design problems the boundary layers can be computed and the total lift. drag and moment coefficients can be evaluated. Several short and unpublished notes on this program were promoted by the US Airforce Academy in Colorado Springs with the support of R. Gallington and W. Smith. A first complete description was published by the NASA Langley Research Center. Ref. [1]. after had been invited to visit this center for four weeks in 1978. This was the beginnning of a very fruitful coorperation with Dan M. Somers. It led to another visit to the NASA Langley Center in 1979. during which several new options were added to the program and described in Ref. [2]. The NASA TM [1] contains a listing of the program which invited some smart people to retype it. Obviously they've been selling it for a lot of money. However. this early 1979 version should not be used anymore. because it's missing ten years of development and improvements. The latest version of the program is available from Universitat Stuttgart. Inst.