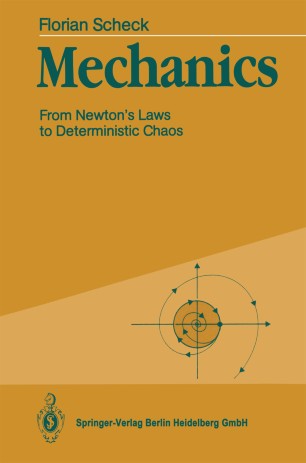 From Newton’s Laws to Deterministic Chaos

A course in mechanics is of primary importance in any physics teaching program. Scheck's book integrates the various aspects of classical mechanics, relativistic mechanics, and modern topics such as deterministic chaos. Both the physical approach to mechanics and its mathematical foundations are emphasised. With elementary Newtonian mechanics as a starting point, the principles of canonical mechanics in Hamiltonian and Lagrangian formulations are outlined. Rigid bodies are treated in detail, and the basic concepts of special relativity are given. Particular emphasis is put on the geometrical aspects of mechanics, such as geometrical objects on manifolds. A chapter on stability and chaos concludes the book, introducing topics such as the long-time behavior of dynamical flows, deterministic chaos, and chaotic motion in celestial mechanics.