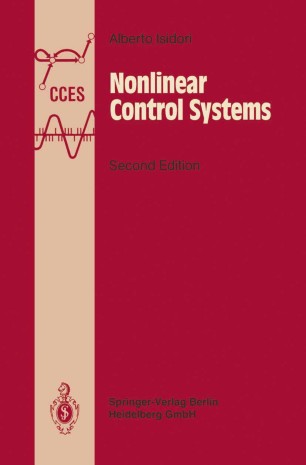 The purpose of this book is to present a self-contained description of the fundamentals of the theory of nonlinear control systems, with special emphasis on the differential geometric approach. The book is intended as a graduate text as well as a reference to scientists and engineers involved in the analysis and design of feedback systems. The first version of this book was written in 1983, while I was teaching at the Department of Systems Science and Mathematics at Washington University in St. Louis. This new edition integrates my subsequent teaching experience gained at the University of Illinois in Urbana-Champaign in 1987, at the Carl­ Cranz Gesellschaft in Oberpfaffenhofen in 1987, at the University of California in Berkeley in 1988. In addition to a major rearrangement of the last two Chapters of the first version, this new edition incorporates two additional Chapters at a more elementary level and an exposition of some relevant research findings which have occurred since 1985. In the past few years differential geometry has proved to be an effective means of analysis and design of nonlinear control systems as it was in the past for the Laplace transform, complex variable theory and linear algebra in relation to linear systems. Synthesis problems of longstanding interest like disturbance decoupling, noninteracting control, output regulation, and the shaping of the input-output response, can be dealt with relative ease, on the basis of mathematical concepts that can be easily acquired by a control scientist.