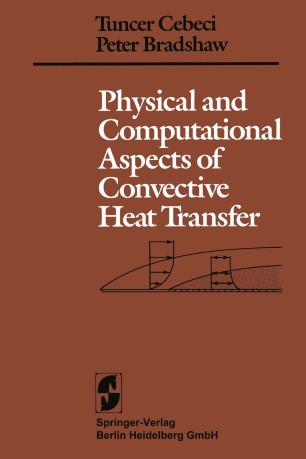 This volume is concerned with the transport of thermal energy in flows of practical significance. The temperature distributions which result from convective heat transfer, in contrast to those associated with radiation heat transfer and conduction in solids, are related to velocity characteristics and we have included sufficient information of momentum transfer to make the book self-contained. This is readily achieved because of the close relation­ ship between the equations which represent conservation of momentum and energy: it is very desirable since convective heat transfer involves flows with large temperature differences, where the equations are coupled through an equation of state, as well as flows with small temperature differences where the energy equation is dependent on the momentum equation but the momentum equation is assumed independent of the energy equation. The equations which represent the conservation of scalar properties, including thermal energy, species concentration and particle number density can be identical in form and solutions obtained in terms of one dependent variable can represent those of another. Thus, although the discussion and arguments of this book are expressed in terms of heat transfer, they are relevant to problems of mass and particle transport. Care is required, however, in making use of these analogies since, for example, identical boundary conditions are not usually achieved in practice and mass transfer can involve more than one dependent variable.