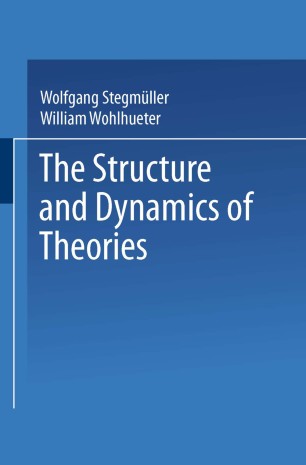 The Structure and Dynamics of Theories

The first part of this book, Part I, can be read from two quite distinct points of view: one, as an attempt to develop and defend the important aspects of an entirely new approach to the analysis of the structure of scientific the­ ories; and second, as the source of the conceptual apparatus needed for the analysis of theory dynamics and the metascientific reconstruction of T. S. Kuhn's notions of 'normal science' and 'scientific revolutions. ' In the last few years a great deal has been written about Kuhnian 'irra­ tionalism' and 'relativism. ' Most writers felt that they must combat it; a few thought that they must develop it further and deploy it propagandistically against a 'logic of science. ' According to the view developed in Part II of this book, both parties are on the wrong track. As far as irrationalism is concerned, it must be said that Kuhn's position itself cannot be characterized as 'irrational' in any reasonable sense of the word. His language is much too clear, and his examples are historically too well founded. (He is thoroughly aware of his frequent use of metaphorical language which, as can also be shown, is his prerogative. ) Without precedent in his work is the fact that he appears to impute irrational behavior to the practioners of the exact natural sciences (of all people!).