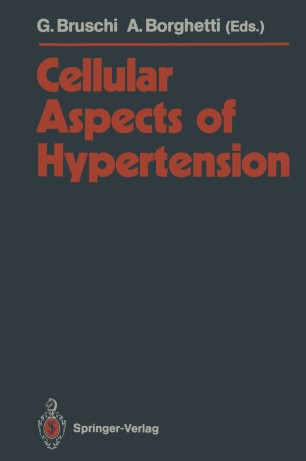 In the last two decades, investigations at the cellular level have progressively gained ground in the context of hypertension research. This choice of approach is due to some extent to the build up of know-how that molecular and cellular biology have been producing at a continuous rate. As the contents list of this volume shows, a large mass of work has been directed to gaining some insight into pathogenetic mechanisms. The pathogenesis of primary hypertension has been progressively categorized as a distinct biological problem, not amenable to the theoretical models that proved successful in understanding the nature of secondary forms of hypertension. At the same time, great efforts have been made to simplify this problem by sorting out, if possible, a few crucial mechanisms from the network of contributory factors in the regulation of blood pressure. The idea that what is to be sought is a primary structural and/or functional fault in arterial muscle has met with widespread acceptance. The strength of this argument lies in the fact that peripheral vascular resistance is increased in all forms of hypertension and, in turn, the diameter of resistance vessels is the dominant factor in the computation of total per­ ipheral resistance. On the basis of this, cardiovascular structural adaptation was proposed as a positive feedback mechanism tending to maintain hypertension, once begun, whatever the initiating factor is.