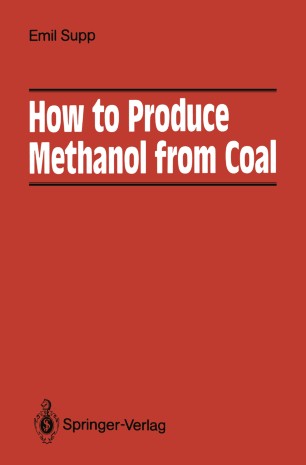 How to Produce Methanol from Coal

Owing to efforts and legislative action - initiated above all by the government of the United States - to use cleaner fuels and thus make a contribution towards a better environment, public attention is back again on using methanol in carbu­ rettor and diesel engines. Most prominent among the raw materials from which methanol can be produced is coal, whose deposits and resources are many times larger than those of liquid and gaseous hydrocarbons. This book deals with the production of methanol from coal. It describes both the individual steps that are required for this process and the essential ancillary units and offsites associated with the process itself . . It is not meant to inform the reader about the intricate details of the processes, which can much better be taken from the specialized literature that deals exclusively and in detail with them or from the well-known standard engineering books. Rather, this book is to give the reader an impression how manifold a field this is, how many process variations and combinations the designer of such plants has to consider in order to arrive at an optimum design in each particular case. Apart from the production of chemical-grade methanol, the book deals briefly also with fuel methanol production, i. e. with the production of alcohol mixes. One of the many possible routes from coal to methanol is illustrated by a process flow diagram, and a material and energy balance is compiled for this typical example.