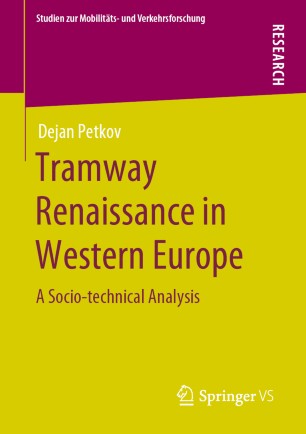 Dejan Petkov explores the tramway renaissance in Western Europe from a socio-technical standpoint and focuses on the development in Germany, France, and England. A multiple case analysis reveals the drivers, impact forces, actors and interest constellations behind the tramway renaissance in these countries and demonstrates the large variations in local systems and their style. A key finding is that there can be quite different paths to the success of tramway systems, but this success usually comes at a cost and can have a comprehensive character only if the systems are considered an integral part of the overarching strategies and concepts for urban and regional development.
Contents
Target Groups
The Author
Dejan Petkov is a transport planning officer in Darmstadt and focuses on public transport planning and policy issues. He received his doctoral degree from the Technical University of Darmstadt.