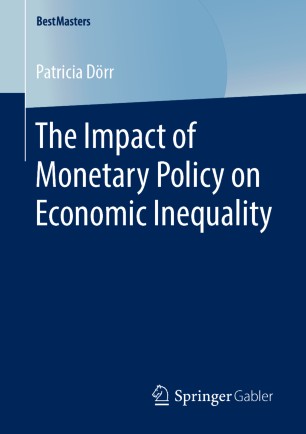 The extensive monetary policy of central banks during the Great Recession has re-newed the interest in the relation between (possibly) non-neutral money and wealth and income inequality. In this work, a dynamic general equilibrium model approach is used to study the effects of an inflation rate change on inequality. These effects are found to be temporary and to work through two channels: First, at the consumer level, intertemporal substitution effects differ even under an identical policy rule of all agents due to individual skill and capital endowments. This implies a transitory effect of inflation rate changes on inequality. Second, an indirect effect results from different capital intensities in industrial branches and capital-labour substitution effects. This may be endorsed by varying individual skill levels. The theoretical model‘s implications are tested empirically in a time series analysis on US data.

Patricia Dörr is currently a PhD student in economics at Trier University. Her focus lies on survey statistics and therein variance estimation.

Patricia Dörr is currently a PhD student in economics at Trier University. Her focus lies on survey statistics and therein variance estimation.