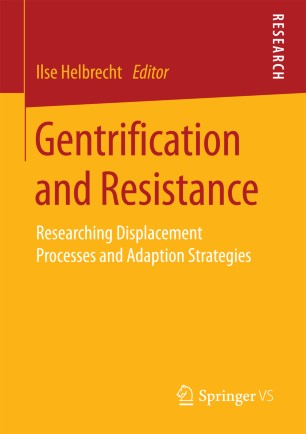 Gentrification is arguably the most dynamic area of conflict in current urban development policy – it is the process by which poorer populations are displaced by more affluent groups. Although gentrification is well-documented, German and international research largely focuses on improvements in the built environment and social composition of neighbourhoods. The consequences for those who are displaced often remain overlooked. Where do they move? What does it mean to be forced to leave a familiar residential area? What kinds of resistance strategies are developed? How does anti-gentrification work? With a focus on Berlin – the German "capital of gentrification" – the chapters in this volume use innovative methods to explore these pressing questions.

Ilse Helbrecht is director of the Georg-Simmel-Centre for Metropolitan Development and full professor of social and cultural geography at Humboldt-Universität Berlin. She works on gentrification, housing, and urban governance.