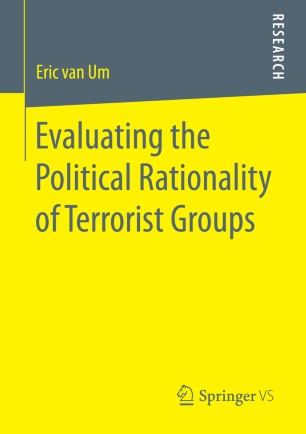 This book improves our understanding of terrorists’ motivations and rationality and may, ultimately, also indicate how to respond to the phenomenon of terrorism. In his research studies, Eric van Um explores the political rationality of terrorist groups. The political rationality model builds on rational choice theory. It demands that terrorist groups take into account the costs and benefits of their available options and choose the option promising them the highest political utility. Testing the explanatory power of this model is relevant, as rational choice approaches have become very prominent in terrorism research. But, at the same time, their empirical power remains highly contested. Increased knowledge of the political rationality model not only promises added value for terrorism research itself, but also for social sciences more generally.

 Testing the Explanatory Power of the Political Rationality Model

m the University of Hamburg in 2015. His research focus is on security economics, international security, and political violence.

Eric van Um received his doctorate degree from the University of  Hamburg in 2015. His research focus is on security economics, international security, and political violence.