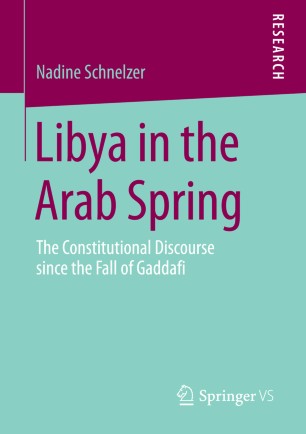 Libya in the Arab Spring

The Constitutional Discourse since the Fall of Gaddafi

This book sketches the discourse about a new constitution in Libya since 2011. Applying a discourse analytical approach, the author identifies societal cleavages that have come to the fore in Libya’s transitional period. The debate has focused on democracy, federalism, decentralisation and localisation, the role of religion, women in politics as well as ethnic minorities. The strategies followed to ensure representation in the constitutional process have included civil disobedience, affirmative action and force. The effects of raising demands in these ways have been changes in the constitutional process and institutional design of Libya’s interim political institutions rather than promises that particular demands as to the content of the constitution would be met. The general prevention of a public discourse and competition along societal cleavages under Gaddafi’s totalitarian ideology has resulted in an all-out resurgence of splits along ethnic, regional and other lines.

The work was awarded the Christoph Schumann Memorial Prize of the University of Erlangen.

Nadine Schnelzer is a researcher on the Middle East. She has worked as a freelance translator and author.

Nadine Schnelzer is a researcher on the Middle East. She has worked as a freelance translator and author.