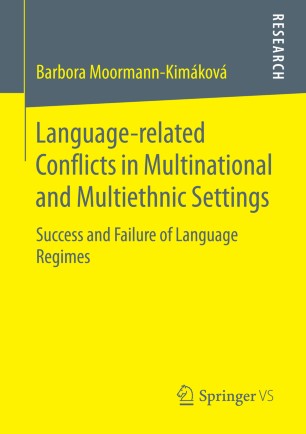 Success and Failure of Language Regimes

In this book, Barbora Moormann-Kimáková analyses the possibility of finding an optimal language regime in multinational and multiethnic countries – either by defining the contents of an optimal language regime, or with the help of a criterion enabling to evaluate whether a language regime is optimal or not. The process of the selection or change of a language regime  often becomes a matter of a language-related conflict. These conflicts are mostly accompanied by other political or social conflicts, as for example in Ukraine or former Yugoslavia, which render solutions – and their evaluation – difficult. The author claims that language regimes can be evaluated based on the increase or lack of their legitimacy in the eyes of the relevant actors. This is demonstrated in four language regime studies on the European Union, Soviet Union, Bosnia and Herzegovina, and South Africa.

• Lecturers and students of the social sciences, humanities and sociolinguistics.

About the Author
Barbora Moormann-Kimáková received her doctorate in political science from the Institut für Sozialwissenschaften, Humboldt-Universität zu Berlin, Germany.